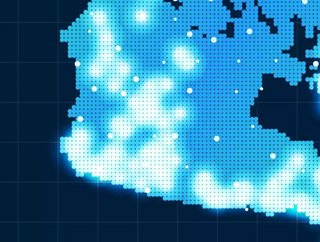 Canadian telecom Iristel has been awarded 8 blocks of mid-band 5G spectrum, but is decrying the “groundless and drawn-out hindrance” of a CRA investigation

With so much potential revenue and infrastructure-related capital expense on the line, 5G spectrum auctions are rarely uneventful affairs. Government delays, injunctions, and corporate outcry have plagued auctions from the US to the Netherlands.

According to Iristel - a Canadian challenger local exchange carrier whose network currently touches around 15mn million smartphone users throughout the country - the latest round of 5G mid-band 5G spectrum allocations by the Canadian Federal Government might be the most controversial yet.

On Thursday, Iristel was awarded eight blocks of coveted mid-band 5G spectrum in the 3500 Megahertz range by the Canadian government. The company is painting this as a win, but made it very clear in a statement to the press that it was hoping for a great deal more.

“While we’re delighted with these eight blocks, the Canadian Revenue Agency (CRA) has deprived us of potentially landing 80 other blocks that would serve hundreds more rural communities, many of which are Indigenous,” says Samer Bishay, President and CEO of both Iristel and Ice Wireless. Following what Iristel refers to as a “groundless and drawn-out” hindrance by the CRA, Iristel was granted just one tenth of the 5G spectrum it was hoping to obtain - which largely covers underserved areas home to rural and first nations communities.

Iristel paid for and was awarded a block in western Newfoundland, one in Labrador, two in Nunavut, two in the Northwest Territories and two in Yukon. These areas are, for the most part, sparsely populated and underserved by Canada’s three large telco carriers, Rogers Communications, BCE (formerly Bell Canada), and Telus.

Bishay also lauded the Ottawan regional government for “setting aside spectrum for competitors by preventing the Big Three wireless oligarchs from bidding on it,” but added that Iristel questions “the CRA’s draconian tactics.”

He explained: “On the one hand, the Federal Government is wisely setting policy to bolster competition, and on the other hand, its tax department is doing the opposite.”

Iristel already holds 5G licences for multiple low-band blocks of spectrum in Yukon, Northwest Territories, Nunavut, rural Ontario, rural Quebec and all of Newfoundland and Labrador. However, the company added that the mid-band spectrum at 3500 MHz is ideal for 5G, and that acquiring the 80 blocks the company was hoping for would have been the critical ingredient to “launching the economy into the future with mega-fast data download speeds.”

Bishay added: “All through the pandemic, the CRA has waged an unjustified war against us and withheld more than $80 million of our money. This currently tied up money in the CRA’s coffers could have been used to invest more heavily in spectrum to bring stronger competition and affordability to rural communities in Canada.”

Iristel’s funds have reportedly been held by the CRA for almost two years as a lengthy court battle that the company described as a “Malicious audit” wears on. The CRA’s audit stems from its suspicion that Iristel wrongly claimed refunds of GST and HST that were never actually paid - a so-called “carousel scheme”.

According to Patrick Brethour of The Globe and Mail, “Under a carousel scheme, a business with revenue derived from exports claims refunds for GST/HST."

He adds that "Such refunds are not illegal. Any business with exports will typically make such a claim, as part of a value-based tax that applies only to domestically consumed goods and services. If legitimate, a refund will merely reduce sales taxes paid. But under a carousel scheme, the government ends up actually paying out money since the money being refunded was not paid in the first place.”

Canadian tax law states that exporters are legally allowed to claim refunds on sales of goods and services made outside Canada (as Iristel has done with its telecommunications services), leading Bishay to imply the CRA doesn’t understand Iristel’s international long-distance business at a court appearance last year.

He added that “They don’t want to pay a penny to us, they want to choke us,” and emphasised that Iristel is not involved in any fraudulent activities.