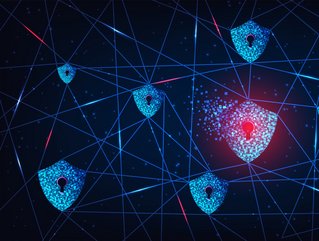 China Telecom Americas is celebrating one year since its Global Affiliates’ Secure Networks were validated by Mutually Agreed Norms for Routing Security.

China Telecom (Americas) Corporation (CTA), a leading provider of communications and IT services, is celebrating its one year anniversary of having CTA and its global affiliates’ backbone networks validated by Mutually Agreed Norms for Routing Security (MANRS). MANRS is a global initiative that provides crucial fixes to reduce common routing threats faced by network operators worldwide.

MANRS works with network operators, internet service providers, content delivery networks, cloud providers and equipment vendors to monitor and provide solutions for common routing threats like route hijacking, route leaks and IP address falsification. These routing threats can lead to an enterprise becoming a victim of distributed denial of service (DDoS) attacks and other similar breaches, which can prevent users from accessing mission-critical applications and result in a loss of revenue and productivity.

In Q3 2021, DDoS attacks worldwide increased by 44%. Enterprises are increasingly relying on connectivity infrastructure to conduct business and reach customers. China Telecom’s MANRS-accepted networks are a testament to its ongoing commitment to routing security.

“Being verified by MANRS reflects our commitment to provide secure internet routes for our customers. Adopting MANRS as a tier 1 communications service provider required a multi-million-dollar investment, with even bigger investment from our parent company,” says Luis Fiallo, Vice President for China Telecom Americas. “Our first network was accepted by MANRS in late 2020, and we’re proud to say that the rigorous process has resulted in a more secure network with no major routing issues for our customers.”

Including the addition of China Telecom networks AS4134, AS4809, AS23764, and CTA’s AS36678, MANRS had a year of massive growth. Last year, MANRS added more than 160 participants, who managed nearly 780 autonomous systems across six continents, further advancing its mission of reducing common routing threats. CTA’s actions help bring routing security into main view—especially in markets that are hard to reach—and are inspiring other big players in the industry to do the same.

Dr. Joseph Lorenzo Hall, Distinguished Technologist at Strong Internet, the Internet Society, said:  "The MANRS team is glad to see China Telecom Americas lead by example in continuing to make the internet’s routing infrastructure safer for businesses and consumers. A full year after CTA officially became a MANRS participant, we’ve seen very few routing incidents in the covered networks, with no reported adverse effects. We look forward to working with CTA for years to come and continuing to encourage the entire internet infrastructure community to improve routing security.”