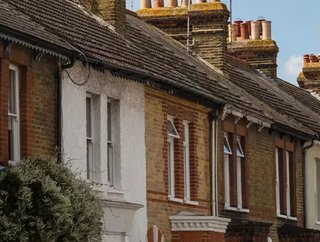 New data from Pulsant points to the UK’s digital divide mapping closely to the geographical divide between the affluent, digitalised South, and the North.

Since the dawn of Thatcherite Britain in the 1980’s, the division between the country’s North and South has grown into a social and economic gulf. Through the concerted efforts of Tory governance - and compounded by the neoliberal policies of the Blaire era - London has become the economic, cultural and social heart of the UK, much to the detriment of other industrial and population hubs, particularly in the North of England and Scotland.

In his 2014 essay, Thatcher’s Legacy Still Looms Large: The North-South divide in Britain’s electoral support, Ed Fieldhouse, the principal investigator of the British Election Study, and a professor at the University of Manchester, noted that during the economic turmoil of the 1970s and the deep recession of the  early 1980s, “the North of Britain was hardest hit by economic restructuring and deindustrialisation.”

He adds: “The Conservative Party under the leadership of Margaret Thatcher became associated with neo-Liberal economic policies  that many regarded as the solution to Britain’s economic problems. Others saw them as legitimising the mass unemployment of the era. Not surprisingly those favouring market based approaches were disproportionately likely to live in the South of Britain whilst the rest of the country favoured redistribution and government intervention.” Those policies, which spurred economic growth in the South (particularly in London), and stemmed it in the rest of the country, continue to shape the UK’s socio-political and economic makeup today.

Now, new research from Pulsant suggests that the UK’s North-South divide is extending into the age of digital transformation as well, something that could have dire consequences for the future of the nation as it makes its way into a post-Brexit future on one withered, shaky leg.

According to Pulsant’s survey of business and IT leaders throughout the UK, 61% of organisations in the South East and London say their location is advantageous to their digital transformation ambitions compared to just 41% in the rest of England.

“There is a clear regional divide emerging across the country as organisations strive for digital agility. The South East has better access to infrastructure, leadership and skills to drive change,” commented Pulsant CTO Simon Michie on Wednesday.

However, Michie also revealed that the North “has the biggest appetite for digital transformation which has been spurred on by the pandemic, but businesses in the region are struggling to keep up with the rest of the country. Various barriers are putting transformation efforts at risk and businesses in the region will need to focus on identifying where external skills, support and expertise are required to help them future-proof and reach their digital potential.”