About three years or four years into Liberty Global's decision to focus on external innovation, it occurred to Bruce Dines, Partner and Lead in Innovation, that the disruptive technologies that had occurred in the last decade had removed friction, making it easier for entrepreneurs to launch and build businesses.

"There's more capital in the system, and there's less capital required to start companies now than there used to be. When I was an entrepreneur, there wasn't such a thing as on-demand computing. There wasn't such a thing as ubiquitous broadband internet access. There weren't programs specifically designed to help entrepreneurs accelerate their knowledge of how to start up and scale their businesses, and on the back end be introduced to interested investors", says Dines.

"The venture capital industry was alive, but you had to go to New York or Boston, you had to go to Sand Hill Road [Silicon Valley], and you had to schedule meetings and sit down and talk to people about your vision and your plan. Now, there's on-demand computing and an internet distributed workforce. It's possible to hire talent from anywhere in the world and have them join your team. Capital requirements are 10% of what they used to be: no IT person to run data servers, software, connectivity and telephony: all of that is now  done in the cloud.”

"Look at the turnover in the Dow Jones exchange over the past 30 years.  Many of the companies on the premier global trading exchange 30 years ago don't exist today. They've been disrupted and replaced. The same thing will be the case 30 years from now.  As the pace of innovation accelerates with cloud, compute efficiency, ubiquitous broadband connectivity and distributed workforce, every company, every industry, is faced with a greater threat of disruption.”

"To the extent a company isn't in the slipstream of this rapid innovation cycle, they are at some level being disrupted. It is vital to recognise how this accelerated cycle of innovation and concept creation is moving and prepare your organisation to keep, at minimum, the same pace.”

"How do large corporations, in particular, with a certain level of maturity prepare for that disruption? I believe it's important to foster this culture of innovation, where it becomes a core part of the DNA of the business. Many large corporations are just beginning to understand this."

Beginning in 2000, agile methodologies began to take over the world of software development after a group of 17 software practitioners created the Agile Manifesto. Agile is rooted in three main concepts: an iterative approach to development, short feedback loops, and a disciplined project management process.

Software teams would meet every morning in 10 or 20-minute intervals known as "scrums". These faster, iterative design processes created new standards and made for more agile product development, truncated Time to Market (TTM). Dines explains, "Part of this was promoted by new software languages that had emerged and made it easier to micro architect code versus having it be part of a much larger, for lack of a better word, spaghetti system, or train of intermingled code".

Essentially, this new ability allowed for imperfect software to be launched. "It used to be in the coding world that you had to go to General Availability (GA—the release of a product to the general public, available through a company's general sales distribution channels). To get to GA was an exhaustive process and involved testing, retesting and regression testing to ensure there were no bugs in the system. Bugs were considered a sign of poor quality testing if they showed up after release (but with large codebases, they always did).  With micro-architecture and agile design, release cycles moved from once or twice a year to once a month and then accelerated to once a week and in some cases now two-to-three times per week, accelerating TTM, product release cycles and customer satisfaction.  Yes, the bugs were still there, but MS educated the world that people were somewhat tolerant of bugs in exchange for better performing, more functional software.  Now, there are public release forums, where bugs can be outed by crowdsharing with volunteers as part of the scrum/agile process, and with better architecture and performance tools, release cycles are both rapid with higher performance.”

"I think that there are still large corporations out there who have been around a long time, but they haven't necessarily figured out how to incorporate design thinking or lean and agile methodologies into their core culture. And so, our internal innovation programs are specifically designed to create opportunities for business units to engage in learning those methodologies."

Spark, democratising creativity and shooting for the stars

"You cannot shoot for stars with your feet firmly on the ground".

A grassroots movement, Liberty Global's internal innovation platform, Spark, looks to democratise creativity and begins to chip away at the culture barrier that often slows innovation and improvements.

"Our Spark program is made up of three primary legs. The first and broadest is an idea generation platform, which is an enterprise-wide software that enables any one of our more than 20,000 employees worldwide to input an idea at any time of the day.

"Campaigns may be run specifically for a business unit or across the entire enterprise, and the Spark team has run many at both the local and company-wide levels. Dines says that running enterprise-wide campaigns helps to generate enthusiasm and gain cross-functional cooperation through a thorough initial assessment of ideas and voting that pulls participants from multiple business units into the process.”

"We initiate the campaign, but we're leveraging the collective brainpower and creativity inherent amongst our large pool of people, and we depend on their creativity and their brainpower to provide us with new, interesting, and beneficial ideas. Each campaign requires that we find a champion – someone who believes in the program crowd sharing and is willing to support and promote the campaign within the organisation. Now that we have been at this for a while, those internal champions often come to Spark and ask us to help them improve or solve a particular issue. And when we succeed, it builds momentum.”

To measure success, Liberty Global tracks the cost savings or benefit attributed to the ideas that are implemented. Assuming a new idea has a life cycle of two years before it has to be refreshed, Liberty Global captures only two years of savings, regardless of the sometimes longer-term impacts. In five years, the program has generated 24 million euros of direct savings.

The second program is branded internally as Matchbox, which is a very specific, hands-on Agile training course that walks participants through the six stages of Agile methodology. To take advantage of the Matchbox program, business unit owners commit their participants to two hours per week for eight weeks. The first week is an introduction to the program, followed by six modules. Then, in the last week, employees are given the opportunity to showcase the results of their work by pitching the ideas they have developed using the rapid iteration, rapid-cycle Agile methodology.

One idea generated by the program reduced after-hours customer calls by 25% and improved customer net promoter scores (“NPS”), where customers rate their satisfaction by their likelihood to recommend a product or service, by 10%. The prior process included turning off customers’ entertainment service when their bills became too far overdue. They’d come home from work and discover they had no TV service. To make a payment and have their service turned back on, they needed to proactively contact our customer service group. An engineer had the idea to develop an integrated IVR code that enabled customers to dial a number, provide their credit card information, which could then be approved automatically, and generate a message to their set-top box to turn their service back on—all within 5 minutes of the call.

It was a brilliantly simple, elegant idea.

The idea of Matchbox is to go deep and thoroughly develop an idea from concept to a minimum viable product, testing along the way. "As part of this program, participants are given a credit card with 500 euros that they are able to spend in bringing their idea to life. They can put together a test website or go to a store and buy materials that they can use to display how their product might work."

“A lot of creativity comes out of the program, and ideas are better formed”, says Dines. “The results accelerate and enhance the principle of process improvements, team building, and most importantly, provide true knowledge about iterative, rapid prototyping, A/B testing, and function gain. This, in turn, gets buy-in and engagement of employees throughout the process and results in strong implementation statistics.”

Due to resource constraints, there is a limited number of Matchbox sessions that can be performed in a year. And so was born the idea for Spark's Brainwriting program.

“The brainchild of our dynamic Spark leader, Sarah Kelly, the Brainwriting initiative is a minimum two-hour session that is designed to get people out of their day-to-day routine and into a different environment where they can start thinking in new and different ways”, says Dines.

Designed to stimulate right brain thinking that focuses on creativity and ideation, the program offers another venue for unearthing solutions to specific problems and may be used in conjunction with the Spark or Matchbox programs. Depending on the depth of the issue, the Brainwriting program may offer the best, quickest methodology to a solution.

The programs have had amazing feedback from participants, generating four and a half of five stars on average. Participants see the value of the program and bring the concepts they've learned and their new ways of thinking back into their broader group, starting to shift the company culture. And in the end, this hits the original goal right on the head, helping to launch companies into more innovative mindsets. 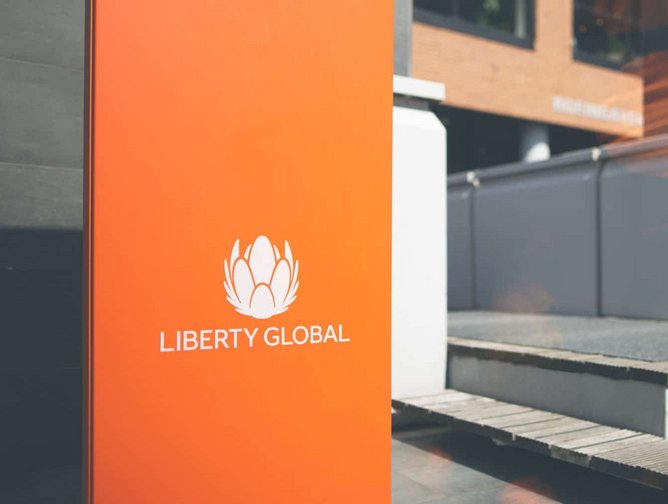