The Top 10 most expensive countries to buy 1GB mobile data 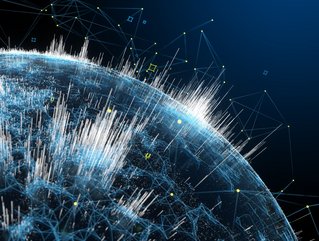 Research has revealed the 10 countries where data is the most expensive in the world. The findings reveal a serious disparity in global connectivity

Research, published by Cable.co.uk, has calculated and compiled the average cost of one GB of mobile data, across 231 different countries.

The results of Cable’s research came as a shock to many; most notably due to the extraordinary disparity between the countries at the top and the bottom of the list.

The key factors driving this cross-country coss variation are:

One of the main reasons behind Bermuda’s high data cost is its remoteness. It is far away from any other country in North America, making it difficult for network providers to see a market opportunity there.

As a result, the limited competition and low investment in infrastructure drives up data prices.

Another extremely isolated island, the reasons for Tokelau’s high data costs are the same as those for Bermuda.

In fact, the island is almost 4,000 km away from New Zealand.

Turkmenistan is the only Asian country that sits within the top 10.

Interestingly, Uzbekistan (its immediate geographical neighbour) is ranked as the 21st cheapest country to buy data in the world, with an average data price of just $0.60 per GB.

Namibia is one of six countries in Sub-Saharan Africa to be ranked in the top 10.

This is largely due to the region’s limited infrastructure, and low levels of market competition (two factors which create an ongoing Catch 22 situation).

Also located in Sub-Saharan Africa, data prices in Chad are stuck at a marginally higher price point than those of Namibia.

But, this average is still 53% lower than the country with the highest average data price in the region.

At $25.46 per GB, these high prices highly restrict the amount that professionals and young people in Malawi can use the internet.

In terms of data prices, São Tomé and Príncipe is facing a dual disadvantage.

Not only is it an isolated island, but São Tomé and Príncipe is also located in Sub-Saharan Africa; a region which (as this list demonstrates) has a very limited infrastructure and an artificially heightened average data price.

Saint Helena is another exceptionally isolated island, with a population of just over 4,000 people.

Even within the top 10 list itself, there are a series of marked rises between countries.

Between spots three and four, there is a cost rise of 29%, as average data prices in Saint Helena are a whole $8.90 more per GB.

And the gap between ranks two and three is another significant increase.

The average data price is 12% higher in the Falkland Islands than it is in Saint Helena, and 125% higher than it is in Bermuda (the world’s 10th most expensive country to buy data).

According to Cable’s figures, Equatorial Guinea is the most expensive country to buy 1GB of data in the world.

Equatorial Guinea is one of six African countries that are ranked in the top 10.

A 99,000% cost difference - what factors are driving this disparity?

To put these figures into perspective, the country where 1GB of mobile data is the cheapest is Israel, where the average cost is just 5¢. In between spots 1 to 231, there is a 99,000% cost difference.

In fact, the price for 1GB of mobile data in Equatorial Guinea is equivalent to buying 1GB of data in each of the 69 ranked cheapest countries. Equatorial Guinea’s average data price is the same as that of the first 69 countries, combined.

Primarily due to their limited infrastructure, six out of the top ten (and four out of the top five) countries in the list are located in Sub-Saharan Africa. This, coupled with low levels of market competition, means that data costs are kept at a disproportionately high level.

This means that, out of all the most expensive countries to buy data in the world, almost two thirds are located in Africa.

Across the world, there is a huge disparity between the cost and availability of mobile data. And, even though we perceive the mobile economy to be expansive and advanced, these figures demonstrate that there is still, clearly, a long way to go.