The hidden role Google Cloud played in the Women’s EUROs 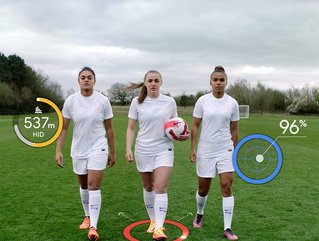 The Football Association partnered with Google Cloud, enabling the teams to use pioneering cloud technology in their preparation for Sunday’s EURO finals

After a heated three weeks of matches, England and Germany’s women’s teams took part in the UEFA Women’s EURO 2022 on Sunday, with England bringing home the trophy.

Speaking before the game took place, The Football Association (FA) explained the importance of Google Cloud’s technology in helping the team prepare for the competition.

“It will take grit, determination and a stunning backheel here or there for England to win. But technology plays a part too. The Football Association’s partnership with Google Cloud has been a vital part of the picture for the lead up to the competition, giving coaches and performance staff access to data and processing muscle that help it select the best squad available at any one time.” says Helen Kelisky, Managing Director at Google Cloud.

Its Player Performance System (PPS) is part of Google Cloud’s application Helix, which has been used by the England women’s and men’s football teams to track performance for the past five years.

Helix currently tracks over 3,500 professional footballers and provides the FA with a video archive of 400 games a day. The platform uses different Google Cloud tools within a microservice system, which updates the data being collected and stored ready for analysis.

“What it allows our users to do is pull together disparate information that they may not be used to seeing side-by-side. This helps us to generate new insights, and hopefully give us an edge when it comes to competitions,” says Craig Donald, Chief Information Officer at The FA.

The use of Google Cloud’s technology means the FA can use collected data more efficiently. This gives team coaches a greater range of insights into players’ individual performance, which can then be used to make critical decisions about team formation and tactics on game days.

Kelisky said that this technology provides invaluable aids to game play, adding “it often seems in football that everybody has their own idea of the best players to pick and the tactics to adopt. But the combination of granular data metrics and cloud architecture deployed by The FA and Google Cloud might actually give a genuine expert the knowledge to back up those opinions.”

The ever-growing use of data science in sport

This isn’t the first time sports coaches have used data science to train their players. Enabled by artificial intelligence (AI) and wearable technology, coaches have used players’ personal performance data to strengthen their team’s chances of winning for a long time.

Currently, some coaches leverage big data to help them make quick decisions to enhance performance. AI provides them with insights into a team’s strengths on the day so they can make changes based on this insight and exploit the weaknesses of their opponents.

The aim is to enhance audiences’ viewing experiences through augmented and virtual reality technology (AR/VR), promising a new way of interacting with sports.

With ever-improving ways of viewing and using data, our knowledge of and engagement with the world of sports has an exciting future ahead.