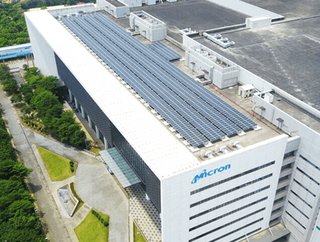 Micron Technology has announced the launch of volume production of its new 232-layer NAND - a high-speed, high-performance technology that's a world-first

This technology will deliver the industry’s highest areal density, and the highest TLC density per square millimetre ever produced, among numerous other impressive benefits.

The next wave of digital transformation and data storage solutions

“Micron’s 232-layer NAND is a watershed moment for storage innovation as first proof of the capability to scale 3D NAND to more than 200 layers in production”, commented Scott DeBoer, the Executive Vice President of Technology and Products at Micron.

“Our 232-layer NAND is the new foundation and standard for end-to-end storage innovation underpinning digital transformation across industries.”

The 232-layer NAND is the world’s first six-plane TLC production NAND. It offers the most planes per die of any TLC flash, and each plane has an independent read capability.

At 2.4 gigabytes per second (GB/s), this new technology node has achieved the fastest NAND I/O speed in the industry.

This represents a 50% faster data transfer than the fastest interface that was enabled on Micron’s previous 176-layer node.

Alongside this, the 232-layer NAND also delivers a write bandwidth of up to 100% higher, and a read bandwidth per die that is more than 75% higher than the prior generation.

And, at 14.6 Gb/mm2, the technology has the highest TLC density per square millimetre ever produced.

Furthermore, Micron’s 232-layer NAND is the first in production to enable NV-LPDDR4. This low-voltage interface delivers per-bit transfer savings of more than 30% (compared to prior I/O interfaces). As such, the 232-layer NAND solutions support mobile and data centre companies in their sustainability targets, who have to balance the dual challenges of improving performance while reducing their power consumption.

The 232-layer NAND is now under volume production, and Micron hopes that it will enable mobile companies to quickly achieve the low-latency and high-throughput requirements of AI, ML and cloud computing.

Vodafone has pledged to provide 50,000+ free SIMs to UK homeless charities. These SIMs will also be pre-loaded with free data, unlimited texts and UK calls…

84% of industrial B2Bs diversified to ecommerce in 2021

New research, published by Yahtzee Craze, has revealed the top 10 video games with LGBTQ+ characters that are most-searched-for by global gamers…