AWS launches its second region in the United Arab Emirates 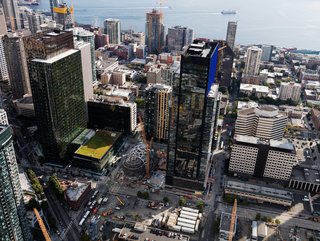 The second UAE region from Amazon Web Services (AWS) will support approximately 6,000 full-time jobs, and represent an investment of over $5 bn (AED 20 bn)

With the addition of this new region, AWS’ regions stand at 87-strong, with these Availability Zones spanning 27 geographic regions, with the connectivity giant planning to launch a further 21 Availability Zones and seven more AWS Regions (in Australia, Canada, India, Israel, New Zealand, Spain, and Switzerland) in the very near future.

Within each of AWS Regions are Availability Zones, which place the required infrastructure in opportune geographic locations.

As part of its ongoing expansion plan into the UAE, AWS will be investing approximately $5 billion into the region's local economy over the next 15 years. This sum will include capital expenditures (particularly the construction of data centres), operational expenses and the purchase of goods and services from regional businesses.

Alongside this, the new region is set to support around 6,000 jobs, including construction, facility maintenance, engineering and telecommunications roles.

As such, this new UAE infrastructure is according to AWS estimates, predicted to add $11 billion (AED 41 billion) to the UAE’s GDP, over the next 15 years.

“With the launch of the AWS Middle East (UAE) Region, we are making it possible for even more customers to harness the power of the cloud to drive innovation across the UAE, while also investing in the local economy through job creation, training for highly sought-after technology skills, and education resources to further advance the UAE’s strategic priorities”, commented Prasad Kalyanaraman, the Vice President of Infrastructure Services at AWS.

“The opening of the AWS Middle East (UAE) Region is a significant milestone for Abu Dhabi and the UAE as a whole, reflecting our efforts to generate opportunities for all,” added His Excellency Mohamed Ali Al Shorafa, Chairman of the Abu Dhabi Department of Economic Development.

“It strengthens Abu Dhabi’s commitment to positioning itself as a leading digital economy by leveraging cutting-edge technology to support business growth. The enhanced cloud capabilities enabled by AWS are expected to generate significant advantages and efficiencies that can propel businesses to success and realise major economic benefits for the country.”