Will OpenRAN unlock the future of UK 5G? 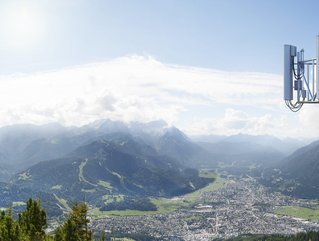 Can the UK’s first OpenRAN site give us an insight into how this approach to network architecture might play into the country’s 5G future?

Despite a strong start, the UK’s 5G network rollout and performance has struggled to keep pace with global market leaders like China, South Korea, and the United Arab Emirates in the past two years. A strong industry commitment to fostering OpenRAN development and adoption could be on track to change that.

The UK managed to be among the first countries to launch a commercial 5G network when EE’s went live in October of 2019. The combination of an early start, sizeable government investment, and the early release of large portions of 5G spectrum to the country’s four MNOs put the UK in a strong position to become a global 5G leader — something that should be of interest to a fiscally conservative, neoliberal government that pushed through Brexit literally as the COVID-19 pandemic conspired to send the entire global economy into a state of unprecedented fragility.

According to data published by research firm Analysis Mason, 5G has the potential to add around £15bn of economic growth to the UK economy, if the country can “seize the full potential of 5G networks and implement advanced industrial use cases, over and above the substantial benefits expected from enhanced mobile broadband”.

However, the issue remains that the UK’s network operators — much like MNOs pretty much everywhere else — continue to be restricted to one of two choices when it comes to building any mobile network at all: Nokia or Ericsson.

5G networks, like 4G and 3G networks before them, are typically sold as an end-to-end, proprietary solution by a single vendor. That vendor supplies the radio antennas, the base stations and — most importantly — the software that makes all the network components run and talk to each other. That software is tied inextricably to the hardware, which doesn’t talk to other types of software, and all of it is sold in neat, custom packages by either Nokia or Ericsson.

Actually, there’s a third choice: until recently, it used to be Huawei, until western sanctions forced option three to become “just don’t build a network at all”. The upshot of this is that, by and large, the world’s telecom operators have a very limited series of choices when it comes to swapping out and modifying different elements of their 5G networks.

There is a fourth way, however.

In January of this year, Vodafone — in collaboration with a gaggle of industry partners — switched on the UK’s first 5G site built using OpenRAN. It’s the first ‘scaled’ OpenRAN project in the whole of Europe, and might just prove to be an example of why OpenRAN have the potential to pose a new way forward in the face of the Ericsson/Nokia duopoly.

“OpenRAN provides huge advantages for customers. Our network will become highly programmable and automated, meaning we can release new features simultaneously across multiple sites, add or direct capacity more quickly, resolve outages instantly and provide businesses with on-demand connectivity. OpenRAN is also reinvigorating our industry. It will boost the digital economy by stimulating greater tech innovation from a wider pool of vendors, bringing much needed diversity to the supply chain,” said Andrea Dona, Chief Network Officer for Vodafone UK. “This is the beginning of a new chapter for the mobile industry. Our team has been working tirelessly to take OpenRAN technology from a theory in our lab to our customers in the real-world – it’s remarkable how much has been achieved in such a short period of time. OpenRAN as a concept is only five years old, and we’re already fundamentally changing how we deploy connectivity infrastructure. This is a watershed moment in the telecoms industry, and a catalyst for change and evolution.”

She adds that while, “so far, OpenRAN deployment has focused on outdoor connectivity, there is significant potential for this technology in the office environment. A simple plug-and-play product, which includes all the attractive benefits of the OpenRAN philosophy, is one that can build on our strength of providing indoor coverage through both our macro network and our bespoke solutions”.

OpenRAN: Bigger competition to Nokia and Ericsson than they are to each other

According to Börje Ekholm, the boss of Ericsson (which is basically building about 50% of the world’s 5G networks), the overall progress towards functional 5G OpenRAN has been a great source of insight into the way that the 6G revolution will probably play out ‒ whenever that may be.

Nevertheless, he'd also prefer it if OpenRAN would leave the current 5G revolution alone for now while Ericsson still holds the biggest slice of the pie.

In a Q2 earnings call last year, Ekholm admitted that, while a key component of the development of 6G is likely to be Open-RAN technology, Ericsson is still a few years away from figuring out how to monetise it and, as a result, it would be best if the technology remained on the fringes for now, thank you very much. Given the fact that OpenRAN would, at face value, seem to represent an industry wide assault by smaller firms on its two giants, Ekholm was understandably keen to kick the problem down the road a few years.

“It’s a here and now question, where we do believe the purpose-built networks actually can deliver the performance that’s required in 5G today,” he said during the earnings call. “By the time OpenRAN is ready, we will also be there with solutions, but we don’t feel it’s the right time right now and divert focus from actually what goes on in the market.”