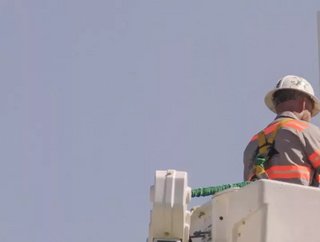 Three new metros now have access to Verizon’s 5G home and business internet, and five more will receive mmWave 5G by the end of the month.

Verizon’s nationwide 5G rollout continues this month, with the addition of coverage in eight new metro areas across the US.

The US’ largest mobile carrier announced this week that it is bringing its 5G Home Internet and 5G Business Internet online in “parts of” Birmingham, Alabama; Fort Wayne, Indiana; and Oklahoma City, Oklahoma.

The three major US carriers (Verizon, T-Mobile, and AT&T - no, we’re not counting Dish/Boost yet) have all taken different approaches to their 5G rollouts, which have largely been defined by the different types of spectrum the carriers acquired at the past few FCC 5G auctions.

Verizon’s approach has been two-fold. The carrier quickly rolled out non standalone 5G services using mid and low-band 5G, in combination with its existing LTE network for greater coverage using dynamic spectrum sharing technology. Interestingly, this is very similar to the approach taken by NTT DOCOMO in Japan.

As a result, Verizon’s LTE/5G network covers a very large area of the US. As of August this year, the slower, LTE-dependent network (which it makes available to all its customers, regardless of their prepaid plan) covered an estimated 230 million Americans across 2,700 cities.

Now, with the addition of mmWave 5G in a slew of “second tier” cities like Dayton, Scranton, and Tacoma, we could be about to see the start of a push by Verizon to bring the notoriously finicky high-band 5G to the US’ more regional metro areas, although Malady stressed that the plan for the near future is for Verizon to continue to “expand our mmWave footprint to deliver game changing experiences for the densest parts of our network.”