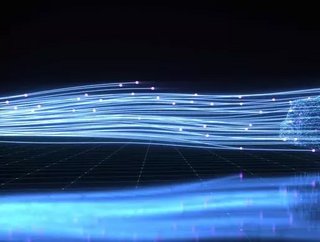 Dr Ramsey Faragher is the founder and CEO of FocalPoint and a Fellow of Queens' College, Cambridge, UK, where he teaches AI and machine learning. Called the "real-life Q" by Top Gear magazine, he was part of the design team for the ExoMars Martian Rover's "Seeker" visual navigation system. In the past few years, he has also been an instrumental consultant in the development of autonomous vehicles (AVs), working with Starship and Uber on their AV projects.

We spoke with Dr Faragher about the ongoing relationship between the teleco industry, 5G, data privacy in a world of IoT, and the future of autonomous vehicles. You'll find more of his insights in the November issue of Mobile World Magazine.

Dr, Faragher, how do you see the global 5G rollout affecting the penetration of IoT and autonomous connected devices - speaking to FocalPoint’s work with AV/drones - into our day to day lives?

5G is an expensive way to enable most IOT devices. The majority will likely continue to use cheaper, lower-bandwidth, shorter-range communications via BLE, zigbee, WiFi, 2G, etc. The exception to this will be unmanned autonomous vehicles or unmanned remotely-piloted vehicles utilising 5G to stream very large amounts of data in real time, or to provide low latency live remote teleoperation. FocalPoint's involvement in this area is in providing high performance and high reliability positioning for these vehicles.

Do you think that smart city innovations will remain contained to high-tech urban hubs - or is there a case for autonomous delivery drones, smart lighting, connected devices and 5G coverage, etc in more rural and marginalised areas?

One of the planned use cases for 5G is the provision of fixed-link wireless broadband, and this will be key in connecting remote areas faster and more cheaply and with less disruption than laying very large amounts of optic fibre. It's an excellent application for 5G. Many future innovations simply do not require the very high bandwidths that 5G will provide, however, and the existing 4G infrastructure is ample for the majority of current mobile wireless connectivity needs (mainly because most mobile connectivity applications involve a small screen, and the required data rate for a good quality live image on a small screen is already well covered by 4G). The exceptions to this are extremely high definition live video streaming for entertainment on large screens at home, and moving huge amounts of sensor data on or off vehicles in real time.

How is the average person supposed to protect their data and privacy in a world where everything from their fridge to their car is broadcasting their lives to companies that sell that information for profit, or use it themselves for advertising? How can companies keep that data safe when cyber attacks are on the rise and the IoT expansion is exponentially increasing the number of endpoints in networks?

The biggest risks are from poor security engineering, hacking, and companies having rather loose interpretations of "enhancing user experience" (e.g. selling their data to advertisers). The only ways to protect ourselves from these is to opt out. In reality, one of the biggest problems we will continue to see is companies willing to rush out new products and new technologies before they are secure because of the inevitable desire to be the first to market.

How do increased edge computing potential, recent AI advances, IoT expansion impact the timeline for the arrival of autonomous vehicles?

These all help with storing and processing data, but there is a huge elephant in the room when it comes to autonomous vehicles and that is the issue of perception, the ability of a computer to understand the context and the correct interpretation of the world it is operating in. A human driver would never drive past a burning fuel tanker on its side next to the road spilling fluid across the road. An autonomous vehicle would drive past it, however, as it has absolutely no understanding of the concepts of fire, or petrol being flammable or the difference between an apparently empty road, and an open road in imminent danger of being at the epicentre of a massive explosion any moment.

You could list thousands of examples like this where dangers, problems, or disruptions that are nothing at all to do with the rules of the road can cause dangers or problems to autonomous vehicles or their passengers. Most countries set the age of holding a licence at around seventeen, not because you are only physically able to drive a car at that age, or understand that red means stop and green means go. The age is set so high because we want drivers to have a level of mental maturity and understanding of the world in general outside of the driving seat in order to be safe in all situations and able to interpret and react to any strange new situation thrown their way - like the first time you see an aircraft trying to perform an emergency landing on the same piece of tarmac you are currently aiming for. The biggest blocker to autonomous vehicles will be our readiness or reluctance to allow robot drivers on the road that never get drunk, never get tired, never get annoyed, but have a general level of understanding of the world that is equivalent to that of a toddler.

What are you currently working on?

FocalPoint has developed technology to improve GPS / GNSS accuracy. Since the pandemic, the technology, which brings a 10x improvement in GNSS performance on devices in urban environments, has caught the interest of businesses and governments because of the increasing reliance on GPS for drone delivery, virus tracing Apps, and to support some of the two billion location-dependent apps currently being downloaded. The company has been gaining attention for improving wearable tracking technology . FocalPoint’s technology is currently being integrated into a running wearable. This year FocalPoint also won prizes from the Royal Institute of Navigation and the US-based Institute of Navigation.