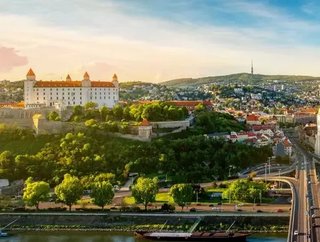 Slovakia is approaching the widespread debit of its own commercial 5G services, as O2 Slovakia launches the country's first commercial 5G pilot.

The government originally intended to auction off portions of its 5G spectrum on the 18th of June. Due to the COVID-19 outbreak, the Slovakian government opted to delay its sale of the country’s 5G spectrum. Recently, officials have promised that the auction would go ahead before the end of 2020.

Ivan Martak, chairman of regulator RU said to Slovakian news outlet Zive.sk: “The priority is to complete the 5G auction. We have suspended it since 18 June, which was three months ago. We have millions of euros deposited [from interested parties] as a financial security. We definitely want to have it ready by the end of the year.”

However - given a serious spike in cases throughout the country during the first week of October - the auction may remain on the back burner well into 2021.

This doesn’t mean that the country’s mobile operators are being completely stymied with regard to 5G. The company to make the most progress so far is O2 Slovakia, which last week launched a commercial pilot project of its 5G network throughout the Bratislavan neighbourhoods of Petrzalka, Dubravka, Ruzinov and Karlova Ves.

O2 has said that it wants its customers to test the network as part of an ongoing tender process to select its nationwide network equipment supplier for 5G when the government's spectrum auction goes ahead. Reportedly, part of the 1,800 MHz band and the upper part of the 3.5-3.7 GHz band are being used for the pilot networks. Peak download speeds have reached 1,223 Mbps, and uploads reach around 90 Mbps.

Orange Slovakia has reportedly almost finished modernising its radio tower and base station network in preparation.

Chinese tech giant, Huawei - despite finding itself cold-shouldered throughout much of Europe - seems to remain in the Slovakian government’s good graces with regard to the future of its 5G infrastructure. The company has not officially been excluded from 5G operations in Slovakia, and the country’s Prime Minister Peter Pellegrini said at the beginning of the year that the country does not consider Huawei as a security threat.

"We understand that the current issue with Huawei due to allegations can be cumbersome on the global stage," Raši said in an interview with the Global Times, adding that the EU’s upcoming cybersecurity certification could be enough to allow his country to continue working with its Chinese tech partner.