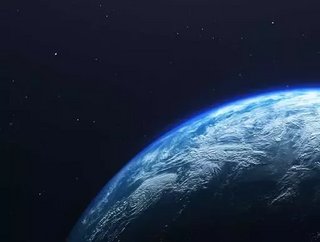 40 Clean countries and 50 Clean telecoms have signed up for the Transatlantic Clean Network agreement...

NATO’s Transatlantic Clean Network and Europe’s Clean Toolbox initiative to create a secure and trusted 5G network has been adopted by 40 countries and 50 telecom operators, with 25 of 30 NATO allies committing to the initiative.

The programme, which encourages countries on both sides of the Atlantic to join a wave of trusted 5G network vendors, is an attempt to ensure compliance and security between nations as the new telecom revolution moves further towards full implementation.

The Clean Network and the EU 5G Clean Toolbox aims to protect citizens' privacy, business intellectual property, and national security from hostile incursions by threatening forces, such as the Chinese Communist Party and its surveillance and data collection tools, namely Huawei.

Earlier this month, US Under Secretary of State Keith Krach visited eight European countries, including EU and NATO headquarters, to discuss the goal of building a 5G Transatlantic Clean Network. Following a wave of support, he declared that NATO is now “in sync” on 5G security.

The success of the Transatlantic Clean Network will come as no surprise as tensions have been steadily building between the US and China. Since the start of the global pandemic, President Donald Trump has discouraged allied nations from investing in Chinese telecom equipment and expertise to forward the implementation of their 5G networks.

Secretary of State Michael Pompeo spoke publicly of the move, saying; “We issued a joint statement with the EU on the synergies between the Clean Network and the EU 5G Clean Toolbox. Since adoption of the Toolbox meets the criteria for being part of the Clean Network, the two work well together. NATO’s Deputy Secretary General has also emphasized the importance of having a 5G Clean NATO Network. I was glad to hear that.”

But while the EU Clean Toolbox appears to be on track, the EU’s geopolitical vision on 5G networks faces divergences from within. Some member states could still derail the agreement, which guarantees the EU’s plans to reshape the EU’s relationships with like-minded partners to maintain international stability on the 5G security issue.

EU Commissioner Thierry Breton warned; “The 5G Toolbox serves as a reference for telco operators’ board of directors, who are required to make the decision on 5G suppliers. If they choose a high-risk 5G supplier and something happens, the board members may be liable.”

Under Secretary of State, Keith Krach, agreed, saying; “Countries and companies are terrified of China’s retaliation. The CCP cannot retaliate against everyone. That is where the EU comes in, the Transatlantic Alliance comes in, NATO comes in. The bottom line is the tide has turned. Countries and companies now understand that the central issue is not about technology, but trust.”