Is 6G enhanced 5G or something more? 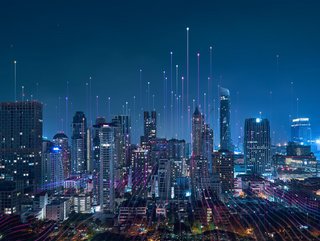 What lessons can the 4G-to-5G rollout teach us about what 6G will mean for a 5G world that doesn’t exist yet?

The 4G communications generation was defined by its use cases. On-demand apps like Uber, Deliveroo, and PostMates redefined (for better or worse) convenience culture and created the gig economy. 4G paved the way for the rise of streaming entertainment and ubiquitous social media experiences.

As the 5G rollout continues towards ubiquity, the conversation surrounding the applications that will define the latest generation of connectivity are - like the rollout - ongoing. “The problem remains that a killer application to drive the need for mass adoption has yet to materialise,” says Steven Carlini, Vice President of Innovation and Data Centre at Schneider Electric.

From edge computing and the promise of driverless cars to the looming spectre of the metaverse, 5G assures much, but so far is still very much in the phase of simply improving what was already here. “We’ve seen from past changes in mobile generations, such as 3G to 4G and 4G to 5G that the new generation provides the improved performance that makes use cases from the previous generation work even better and more reliably,” say Brendan O'Reilly, Group Chief Technology Officer, and Andrew Conway, Director of Solutions and Innovation, at BAI Communications. The increased connectivity speeds and lowered latency that 5G provides are already transforming some of the applications that began to appear around the end of the 4G era, especially with regard to large sensor networks in service to smart cities.

While bluesky use cases for 5G abound, some experts believe that - just as it took the advent of 5G to really see the benefits from technology that began appearing during the 4G era - it’s the arrival of 6G that will herald the final realisation of everything 5G promises.

“5G has certainly opened the door to new use cases such as immersive reality, but it will be 6G that pushes them into the mainstream and delivers sustainability where previous generations could not,” explains Alain Mourad, Head of Future Wireless Europe Lab. “Although 5G has been touted as the last generation, as with any other, it is only when deployments begin that limitations reveal themselves, and the need for a next generation is made clear.”

Overcoming the limits of network slicing

5G was designed to be the first truly software-defined wireless standard, Mourad tells me. Decoupled from hardware, 5G network functions would be instantaneously spun-up and new frequency bands could be quickly reallocated and programmed into future ‘revisions’ of 5G networks.

“With 5G, the intention was to see real-time sensing networks support autonomous vehicles, smart cities, virtual reality, and augmented reality galore,” he continues. “However, early deployments of 5G are indicating that we could reach a previously unanticipated breaking point.” The applications that were supposed to define 5G are built on immersive video calling, vehicle-to-vehicle communications, remote surgery, and precision remote control robotics. Already, the sheer volume and complexity of data being transmitted to make even early-stage iterations of this work are bumping up against the limitations of 5G - even at the high-band mmWave end of the spectrum.

“Take extended reality as an example — mainstream adoption requires the technology to facilitate both augmented and virtual reality, as well as piece the experiences together in real time. 5G’s network technology is simply too slow to do that,” Mourad says. “Existing 5G infrastructure and technology will need enhancements to support the much-hyped use cases the industry has been discussing. Which means now is the time to start looking at developing the next generation of wireless.”

The Power of 6G

Despite the increasingly regular publication of 6G whitepapers, and predictions that the “real work” on the 6G rollout could be underway as early as 2025, it’s unlikely that 6G will be “here” in any meaningful way until the early 2030s. In a world where tech moves as fast as it does here at the end of the beginning of the 21st century, that might as well mean 3030. It’s incredibly hard to see the shape of what might come after close to a decade of 5G-driven innovation.

“Every generation provides lessons learned for its successor. However, the 5G rollout is still early—the state of the art is not ready to realise the 5G vision we have all been discussing for a decade,” says Roger Nichols, 6G Programme Manager at Keysight Technologies. Exactly how much of that vision can be achieved with 5G depends on how much further the technology can be pushed over the coming years. Rajesh Gangadhar, CTO of access solutions at STL, tells me that “As with any new technological standard, there is always an evolutionary path for better features and capabilities. And the industry is already making improvements to 5G.”

However, the gap between what 5G can deliver and what 6G promises is possibly even more staggering than the leap from 4G to 5G. According to Carlini, 6G “could offer life and experience changing functionality.” 6G is expected to operate at THz frequencies, which means access speeds of 1Tbps, which will deliver near ‘air latency’. By contrast, even high band 5G taps out at speeds of around 500Mbps, with ‘air latency’ of around 8-12ms. This reduction of latency below the millisecond, and with speeds capable of downloading about 214 DVD copies of The Matrix in a single second, creates all sorts of interesting possibilities. “Potential use cases for 6G include embedded technology for controlling artificial limbs (prosthetics) through wireless Brain-Computer Interactions (BCI), which is an incredible prospect,” adds Carlini. “In the 6G world, people could interact with their environment and other people using devices that could be held, worn, or implanted.”