How Will 5G Disrupt The Automotive Industry? 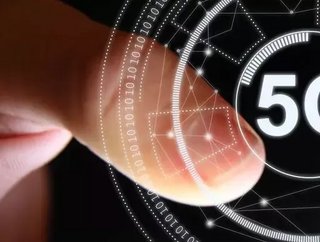 With handy devices that can turn your smartphone into a thermal energy detector to diagnose leaky windows and apps to protect your home...

With handy devices that can turn your smartphone into a thermal energy detector to diagnose leaky windows and apps to protect your home by monitoring familiar movement patterns, it makes perfect sense that very soon cars will be able to navigate roads and recognise red lights without the need for a driver.

Driverless cars have four stages of development: feet off, hands off, eyes off and finally, brain off. This is set to start as early as next year when the first of a new generation of autonomous vehicles will be released to the public. A key part of this is new 5G technology. But what is it exactly?

Up until now 3G and 4G have allowed users to connect to the internet via their phones, with each new generation up to 10 times faster than its predecessor. But the next step, 5G, will not only benefit communication between people, but also between machines, promising big benefits for the energy, healthcare, and automotive industries.

The expanded data capacity and lower latency of 5G will make it possible for vehicles on the roads to "talk" to each other, as well as with traffic lights and general road infrastructures, using a wireless network.

Like a much more sophisticated version of a Sat Nav, the systems will calculate journey times and carry information about the best routes to take and potential disruptions to traffic. The aim is to create smart cities, where vehicles are seamlessly connected to the entire transport network enabling cars to drive from door to door, negotiating traffic, motorways and roundabouts. All without anyone behind the steering wheel.

One of the biggest benefits of autonomous driving will be reducing road accidents. Caroline Dowling, Business Group President of Flex’s Communications & Enterprise Compute division, says "there's no doubt that from a fatalities perspective there will be reductions, and there already are as a result of some of the technology that we're seeing in traffic-related fatalities. 1.3 million people [around the world] die each year, and 95 percent of it is down to human error. Data will tell you it will reduce fatalities by about 25 percent."

5G will also make driving more accurate in terms of overtaking cyclists closely without risk of collision. Having autonomous cars driving closer together will also make better use of road capacity and cut carbon emissions.

Additionally, a study published this year by the UK's Society of Motor Manufacturers and Traders found that self-driving cars would greatly improve the lives of six out of 10 people with limited mobility, who would otherwise not be able to drive.

5G is expected to create nearly 2.4 million jobs across the EU. The largest investor will be Germany, followed by the UK. While in the US testing requires approval at state level, the British Government is aiming to make the country an easy place for manufacturers to test their vehicles.

When will this happen?

Ford, Tesla and Honda have announced they will be producing self-driving cars in the next few years, and Uber have already introduced self-driving fleets to the public. In the case of the latter, while the drivers still have to keep their hands on the steering wheel at all times, the vehicles rely on cameras and sensors to monitor hazards, and a mechanism called Autonomous Emergency Braking (AEB) puts the brakes on in the case of an emergency.

Experts say the first real landmark will be in 2018 when drivers will be able to take their hands off the wheel for up to three minutes at a time. If something unexpected happens, the Advanced Driver Assistance System (ADAS) will safely manoeuvre the car to a halt.

Three years later drivers will be able to do things like reading a book while the car drives itself along the road. The system will detect what's ahead, with the car steering and controlling speed on its own.

What are the challenges?

There are many questions that need answering before this comes into effect. New regulations need drawing up to cover issues like whose responsibility it would be if there was an accident. Would it be the car manufacturer's or the driver's fault? And will drivers still need to pass the same rigorous test to get a driving license?

EU standards will need changing so that MOT and National Car Test requirements are updated for driverless vehicles. It needs to be decided if a car is still roadworthy if it passes the standard test to be driven manually but the 5G system is faulty.

The British Government is already planning to release the Modern Transport Bill this summer, which will include changes to insurance and the Highway Code specific to autonomous cars.

There's also the issue of the huge amount of data this new technology will create. "The average connected car you drive generates 4,000GB of data a day," Dowling says. "That's four terabytes of data, versus a human who would generate 650MB. One terabyte is the equivalent of you watching Jurassic Park 302 times. It's an incredible amount of data that you will generate."

Then there's the risk of hacking, as well as who will own all this new data - the car maker, the insurance company, or the local authority. "It requires the government and regulatory bodies to come together," Dowling says, "and trying to figure out what the ethics around that are, but also what they need to change to enable it. Europe is quite strong around data protection laws, but across the world they're not as regulated."

Last but not least, having what amounts to a robot in charge of deciding whether to swerve to save the life of a pedestrian over that of the passenger poses a big ethical dilemma. "Should the driverless car value your life over a pedestrian's? All of that is yet to be figured out,” she says. "Where does the choice lie, does it go back to the individual in control of the vehicle? Or does it go back to the machine itself? These are very significant questions that need to be addressed."

Dowling adds it's important for organisations like Flex to have an influence in these decisions to make sure that human responsibility is top of the mind beyond technology. "Just because we can do it, we often have to raise the question of "should" we do it."

Once 5G is in place, it will free up a huge amount of capacity for critical cases, such as limiting the need for emergency services in case of accidents. "You have such a vast human side to benefit from," Dowling says, "that's the positive disruption."