Is the global 5G space race running in the wrong direction? 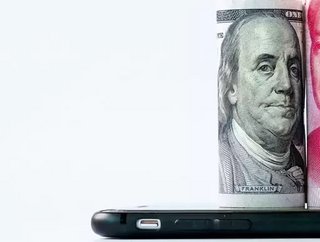 More than 600,000 5G base stations have been installed across China’s network, but is that network delivering on its promises to win a 5G Space Race...

The US-USSR Space Race defined the technological ambitions of two global superpowers for decades. The first Space Race was, according to Internet Innovation Alliance founder Bruce Mehlman, “was an audacious plan that pitted the nation against its main geopolitical rival in a contest for technological supremacy.”

Now, Mehlman explains, the US is once again locked in an innovation race with its most powerful geopolitical rival. Today, that rival is China, and the innovation is 5G. For decades, the USSR and the US poured nearly incomprehensible amounts of money into the race to the Moon. Now, something similar is happening, as US corporations and government organisations compete with Chinese entities to lead the world in the application of 5G technologies.

It’s very easy to compare the current battle for 5G supremacy to a second Space Race. However, the two events shouldn’t perhaps be held up in the positive light that commentators seem to think the comparison engenders.

Even Mehmen admits it: “The benefits of the space race sometimes seemed amorphous to average Americans back in the 1960s,” adding that the benefits of 5G are a far more concrete affair. “5G promises to have an even larger economic impact [than 4G], as the technology is projected to enable more than $12 trillion in global economic output by 2035,” he adds.

Unfortunately, for the vast majority of people in the US and China (not to mention the rest of the world), those benefits have yet to materialise; the benefits of the 5G “Space Race” are in danger of feeling just as amorphous to the average consumer today as the advantages of a slightly more powerful rocket did to people living in 1968.

The US’ 5G networks have faced ongoing criticism over the past few months, as detractors have suggested that 5G networks “might be life-changing in the future. Not today.” The recent fanfare around the new iPhone 12 receiving 5G capabilities have been heralded by some as the tipping point for mainstream 5G adoption, while others assert that “the biggest reason to buy a 5G phone right now is FOMO.”

Things are much the same on the other side of the Pacific. China has made a huge amount of noise about the progress of its 5G rollout. This week, the Chinese Ministry of Industry and Information Technology announced that the country had built more than 600,000 5G base stations as part of the ongoing expansion of its 5G network, adding that the number of 5G devices in use throughout the country has exceeded 150mn.

However, the Ministry’s fanfare over the speed of the rollout and size of the network was quite brutally cut short this week, when Ryan Ding, head of Huawei’s carrier business, called the network "fake, dumb and poor,” in comparison to other countries - South Korea in particular.

A large part of this problem is the fact that Chinese telecom operators, like China Unicom, have favoured using the higher frequency mmWave 5G band. While this means that the company’s networks can transmit more data at lower latencies, high-frequency 5G signals can be stopped by something as simple as a brick wall. Actual usage of 5G has been so low that China Unicom announced in August that its Luoyang branch in Henan Province would automatically switch off its 5G base stations between 9 pm and 6 am due to low traffic.

In order to overcome the issues of using mmWave 5G, Xiang Ligang, director-general of the Information Consumption Alliance, has said that, "For the next three years starting [in 2019], 1mn 5G base stations may need to be built every year."

With customer experiences so poor in both the US and China, the 5G Space Race is starting to look an awful lot more like the race to the Moon. Two global superpowers are pouring money into a competition over some perceived superiority, rather than guiding that innovation towards actually supporting the improvement of their citizens’ daily lives. If 5G is genuinely to benefit anyone but governments and telecom shareholders, there needs to be radical change in the way that the global rollout is being organised.