The future of 5G in Ireland 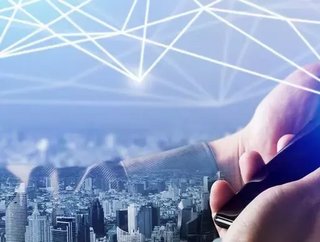 5G and future connectivity discussion documents have recently been launched by Dublin City County, Sligo County Council and the CONNECT...

The document which was published today, 5th August 2020, details findings from telecom vendors, mobile operators and broadband officers to highlight the growing importance of connectivity in Ireland to ensure success within the 5G economy. The report was funded by the Digital Innovation Programme, administered by the Department of Rural and Community Development.

With 5G promising to bring even greater download speed and connectivity than its predecessors, the race is on to get this mobile network implemented in as many areas of the world as possible.

Dr Brendan Jennings, Interim Director of CONNECT (the Science Foundation Ireland research centre for future networks and communications) was quoted in saying “The economic opportunity associated with 5G and next-generation networks is well documented: the global impact in goods and services is expected to reach $12 trillion by 2035”. Thus highlighting the importance of this state of the art network.

However, some issues have been met when trying to deploy the 5G network. For example, the higher levels of radio frequency which accompany 5G mean that the penetration rate through urban landscapes is compromised. Solutions such as an increased number of cell towers and macro cells are not economically viable according to the report. Therefore, the deployment of smaller cell towers in a higher density has been deemed more feasible.

The document concludes with a 5 stage action plan for the future of Ireland's 5G journey, laying out a 5 year roadmap to reach Ireland's visions as well as benefiting from the economic growth that the mobile network promises to bring.

The future of Ireland's connectivity is backed by many stakeholders such as, the Commission for Communications Regulation (ComReg), the Department of Communications, Climate Action & Environment (DCCAE) and the Electrical Supply Board Networks (ESBn), just to name a few.

Stakeholders are pushing for Ireland to become a global leader in the newest stage of the technological innovation era, making it therefore necessary for the country to embrace 5G deployment.