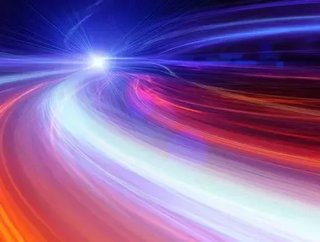 The UAE-based operator recorded speeds of 9.1Gbps over its 5G network, the fastest speeds reached to date...

Etisalat, one of the MENA’s leading telecom operators, announced today that it has broken the world speed record for 5G. Using a combination of multiple commercial spectrum bands, including n78(3.5GHz), n41(2.6GHz) and millimetre wave n258(26 GHz), the operator achieved speeds of 9.1Gbps on its network.

The announcement comes just weeks after the record was broken by Nokia, Qualcomm and Finnish network operator Elisa, who achieved speeds of 8Gbps in a test conducted in Helsinki. Earlier this year, Nokia was also involved in a record-breaking 5G commercial network speed test, achieving 4.7 Gbps in a trial conducted over its own network in Dallas, Texas.

Given that, with Etisalat’s announcement, the fastest possible speeds over commercial networks have almost doubled within the second half of 2020, the implications for network speed acceleration in 2021 are staggering.

According to a statement from Qualcomm in the wake of the Elisa test, the ability to deliver 8 Gbps speeds over 5G networks will be critical in supporting the adoption of several new low-latency, high-bandwidth services, such as high-speed video downloads, mission-critical or virtual reality (VR) and augmented reality (AR) applications.

Etisalat was the first MENA telecom to launch commercial 5G services in the region, taking its network online in May of 2019, just two months after the world’s first 5G networks went live in South Korea and the US.

Etisalat’s mobile network was recently recognised by Ookla as the fastest in the world, showcasing high speeds all throughout this year. The operator’s UAE network ranked with the fastest mobile download speed worldwide in January, March and July of 2020.

“Today’s landmark announcement is a result of Etisalat’s efforts in building a robust 5G network, and 9.1 Gbps is truly a huge leap forward in the 5G era to offer a speed 30 times faster than a 4G average throughput. This will have a significant and profound change on individuals, industries, society and the economy, transforming how we live and work.”