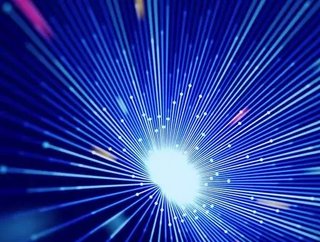 China will increase its 5G base stations by at least 600,000 in the next 12 months in a bid to accelerate its new network rollout, new reports reveal.

An estimated $20bn of investments in 5G infrastructure will be made in 2021 by Chinese operators and authorities who are dedicated to rolling out the new technology as quickly as possible.

Despite this monumental effort, the Asian superstate will have many years of development to come, because according to estimations by Zhang Yunyong, president of the China Unicom Research Institute, complete 5G coverage in all regions will require approximately 10mn 5G base stations.

The network creation has provided China’s domestic vendors with a thriving environment following international sanctions that have seen many equipment contracts cancelled. Operators most heavily invested in the rollouts are China Mobile, China Telecom and China Unicom, which have already collectively installed 700,000 5G stations in 2020.

Huawei and ZTE will continue to be primary vendor beneficiaries of 5G capex spending in China. Ericsson and Datang Mobile will also manage a minor portion of the 5G radio access network (RAN) spending. Nokia withdrew from the Chinese 5G RAN due to low margins but is still participating in the 5G core deployments.

In 2020, Xiao Yaqing, China’s minister of industry and information technology said operations were based on co-construction and network sharing, in combination with the development of 5G applications for 10 unspecified industry verticals and the potential release of some millimetre wave (mmWave) spectrum for 5G services.

China is steaming ahead globally in terms of 5G subscriber volume too, with the investment of operators reflecting subscriber uptakes. By the end of November 2020, the nation announced it had seen a rise from 114mn 5G customers in June, to 147.4mn 5G customers, equating to 15.5% of its total mobile customer base of 943.7mn. China Telecom reported that almost 23% (79.5mn) of its 351mn mobile subscriber base had become 5G customers by November last year.

However, China Unicom, which has a total mobile customer base of 307mn subscribers, has yet to release its 5G customer numbers. Until November 2020, the operator counted 5G subscribers with its 4G users – a total of 269mn.

According to reports from the China academy of information and communications technology show, China's shipped 144mn 5G phone units from January to November 2020. This accounted for 51.4% of total phone shipments last year.