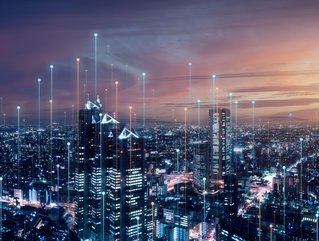 The GSMA has published its latest Mobile Economy Asia Pacific 2022 report, which delivers a detailed picture of the region’s adoption of mobile internet

This is according to The GSMA’s latest Mobile Economy Asia Pacific 2022 report, which delivers a detailed picture of the region’s adoption of mobile internet.

“Addressing the usage gap and extending the benefits of the internet to more people in society is critical. However, it will require a concerted effort by a broad range of stakeholders, working together with mobile operators and other ecosystem players such as device manufacturers and digital content creators, to drive adoption and overcome the barriers we see today,” said GSMA’s Head of Asia Pacific, Julian Gorman.

In the report, the GSMA highlighted 5G services are commercially available in 14 markets, with India and Vietnam expected to go live in the coming months. It also noted 5G has significant room to grow in the region, particularly in South and Southeast Asia.

GSMA expects 5G connections to hit 200 million this year and account for 14% of the region’s total by 2025. Progress is more advanced in countries like Australia, Japan and South Korea and in Singapore 5G is expected to account for 55% of the country’s connections by 2025.

Mobile technologies and services continue to make a significant contribution to Asia Pacific’s economy, generating 5% of GDP in the region in 2021, which equates to around US$770bn of economic value.

The metaverse ecosystem is also growing in many countries around the world, including in Asia Pacific. This is demonstrated by the interest of public agencies and private enterprises in establishing a presence in the metaverse and actively utilising the platform in their engagement with customers and other stakeholders.

Government bodies in the region have started outlining plans to harness the potential of the platform to increase the efficiency and quality of public services. South Korea has plans to spend US$186.7mn to create its metaverse ecosystem, and Thailand’s Tourism Authority leveraged the technology to boost tourism in the country.