Anti-5G conspiracies show no signs of dying down 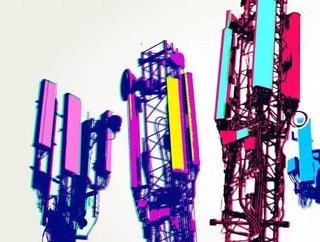 Against all scientific evidence and common sense, the anti-5G movement is still going strong...

Last week, a previously unknown group of anti-5G conspiracy theorists, the 5G Abolition Committee, set fire to a relay antenna near the French town of Limoges in Haute-Vienne. The destruction of the mast, which reportedly left 1.5mn people without television, telephone and radio service for days, is only the latest in a long line of fringe groups trying to delay and damage the rollout of 5G infrastructure around the world.

Like flat earthers, anti-vaxers and 9/11 truthers, 5G conspiracy theorists have gained a puzzling amount of traction in the past two years, with the global outbreak of COVID-19 feeding into the demographic’s narrative of government control and sinister cabals of tech billionaires and lizard people in pizza restaurants (more or less - it’s hard to keep up sometimes).

To kick off the week on a cheerful note, we thought we’d give you a breakdown of some of the most outlandish things the anti-5G brigade has been up to, as well as reflect on exactly where we all stand regarding conspiracy theories, and how on (flat?) Earth we got here. 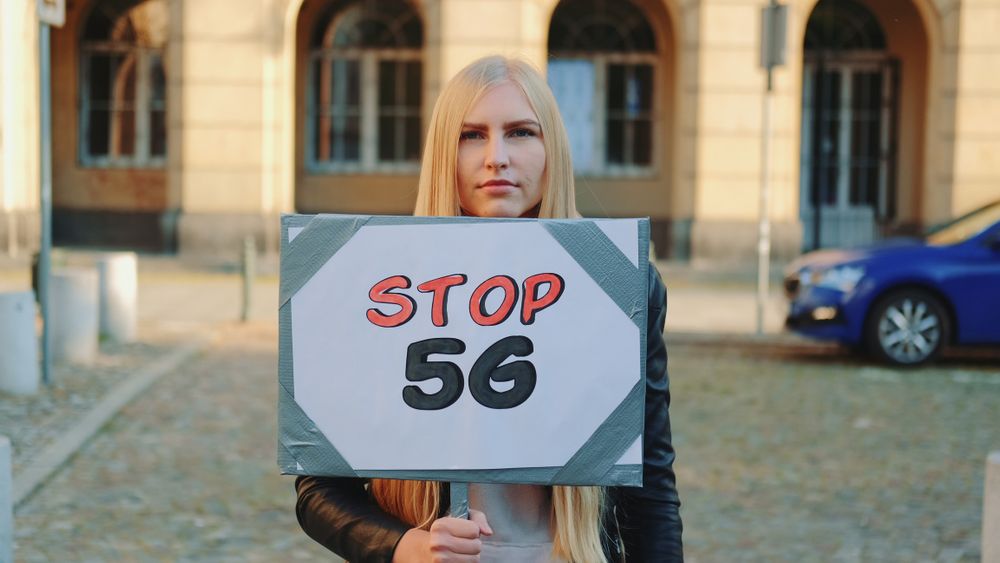 Polarisation, corporate greed and a global shift to the right have all been defining features of the global socio-political and economic landscape over the past decade (many would argue for longer than that).

However, one of the most shocking developments has been the harnessing of social media platforms by authoritarian governments and right wing extremist groups like QAnon, to spread disinformation, openly fascistic messaging and - the subject of today’s dive - conspiracy theories.

That isn’t to say conspiracy theories are a new phenomenon. Throughout the Dark and Middle ages in Europe, antisemetic conspiracy theories told of shadowy cabals of Jewish merchants and bankers secretly holding the political strings of the “civilised” world (sound familiar?) - certainly one of the oldest and most disturbingly persistent delusions in history.

Probably the first modern conspiracy was the 19th century obsession with the short-lived Enlightenment-era secret society, the Illuminati. Fast forward to the 20th century and you have the belief that the 1969 moon landing was a hoax. This century, there remains a vocal portion of people who believe that the September 11 attacks on the World Trade Centre were orchestrated by the US government in order to create sympathy for the invasion of Iraq and later Afghanistan.

However, while conspiracy theories about powerful groups secretly manipulating the world, and the misinformation that spawns them, have always existed, the past few years have seen an alarming uptick in these types of unfounded narratives.

The reason, experts suggest, is not that there are more people making up these theories, more large scale tragic events (like 9/11, which studies have found to create such a profound sense of mass trauma that people seek comfort in simpler, more easily understood narratives than the obvious truth) or some other external factor.

Rather, it’s the mechanisms by which information spreads that have changed.

In Combating Fake News: An Agenda for Research and Action, a collection of insights from speakers hailing from MIT, Harvard, the BBC, Northeastern University, and a mixture of other academic and government bodies, Matthew Baum, David Lazer, and Nicco Mele write that, “Recent shifts in the media ecosystem raise new concerns about the vulnerability of democratic societies to fake news and the public’s limited ability to contain it.” The report goes on to note that it’s the speed at which information spreads, reaches an audience, and passes out of the public eye again, that is rendering people particularly susceptible to sensational, easily-digested - yet completely fallacious - narratives.

“Fake news as a form of misinformation benefits from the fast pace that information travels in today’s media ecosystem, in particular across social media platforms,” continue Baum, Lazer and Mele, adding that “while any group can come to believe false information [ed. Look at the “Jeffrey Epstein didn’t kill himself” narrative that continues to hold popular sway with the left], misinformation is currently predominantly a pathology of the right, and extreme voices from the right have been continuously attacking the mainstream media.”

The recent attacks by far-right extremists on the US capitol are directly based on the conspiracy theory that the US election was somehow rigged. The rapid dissemination of baseless conspiracy theories - egged on by right wing politicians, particularly Donald Trump and Marjorie Taylor Greene among others - has contributed to what the World Health Organisation describes as an “infodemic”, a period in history when a “deluge of data is muddled with falsehoods, sometimes with devastating effects.”

Over the past two years, anti-5G conspiracy theories have become among the most prevalent, spurred on by the unfounded belief that 5G infrastructure is responsible for everything from mind control and cancer to the spread of the Coronavirus.

Baseless fears over everyday exposure and proximity to new technologies is, like conspiracy theories themselves, a rather played out phenomenon. In the 1970s, power lines were believed to cause cancer in children, something which also coincided with a widespread mistrust of microwaves and televisions - courtesy of mass paranoia over radiation brought on by the Cold War.

Kaitlyn Tiffany wrote in the Atlantic last year that, “The devices are different, but the fears are the same: The radiation from the things we use every single day is destroying us; our modern world is a colossal mistake.” She adds that the current wave of anti-5G sentiment is also being given traction by a wider backlash against tech in general, against screens and social media, “against power consolidating in a handful of companies, against a technology industry that rolls out new products and protocols faster than we can keep up or argue with, against the general fatigue and malaise associated with a life spent typing and scrolling—it’s just big enough to seem, to many, like the obvious explanation for so much being wrong.”

Combined with the mass psychological trauma of the COVID-19 pandemic, hysteria regarding the safety of 5G infrastructure bubbled over early last year. Within the first two weeks of April, more than 30 attacks on 5G towers were reported in the UK alone, where a report by James Temperton at WIRED notes that a broadband engineer who was spat on by an anti-5G conspiracy theorist may have contracted COVID-19 as a result.

As we enter 2021, conspiracy theories surrounding 5G and its supposed effects are - much like the Coronavirus - showing little sign of slowing down.

On Ebay, listings for “Anti-5G cream” from a brand named 5Guard have been popping up all over the site. Some sell for as much as $36 a pot and, surprising exactly no one, offer zero guarantee of stopping 5G. 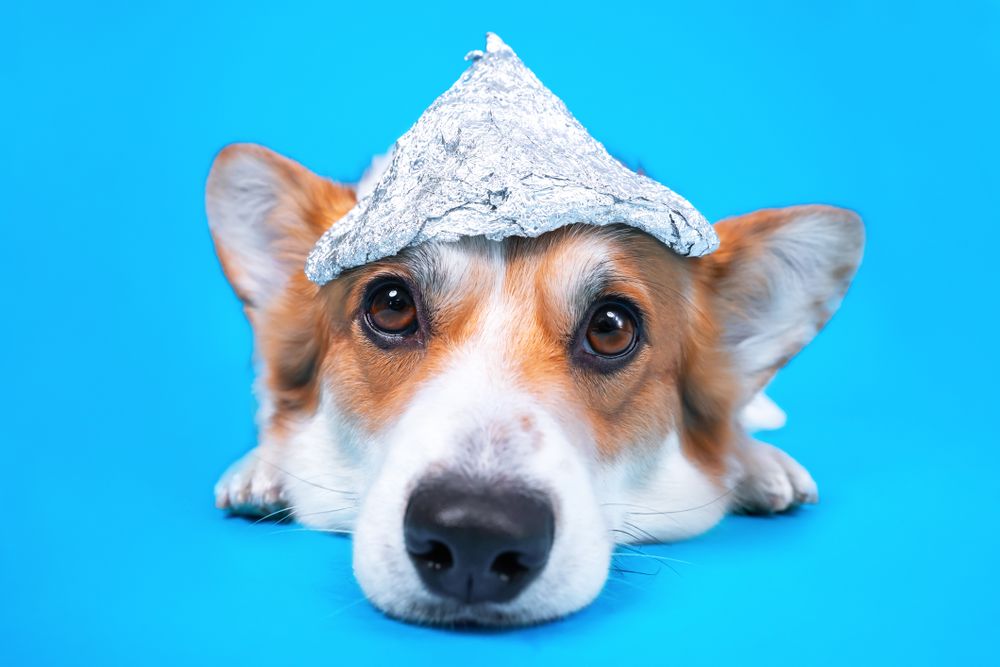 The listings are frequently removed by Ebay, but I found one selling 50ml pots for $17.99 (or $14.99 each if you buy four or more - what a deal) that claims to be “intended to protect the skin of the hands, face and other exposed areas of the body from 5g radiation,” and is targeted towards “users of TV sets, mobile phones, smartphones, radio stations, wi-fi, 3G, 4G, and 5G data transmission devices, tablets, laptops,” people living in houses near industrial power plants and - perhaps best of all - “drivers of cars.”

5G repellent (a term which suggests that 5G connectivity is carried by mosquitos - my new favourite conspiracy theory) isn’t the only wacky product to show up on the internet marketed to the anti-5G brigade. On Amazon alone, you can buy 5G repellent blankets, stickers and even underwear to protect yourself from those harmful rays.

Looking forward, the mass rollout of 5G is set to give us faster connectivity, lower latency and more consistent speeds - a development with huge potential for the advancement of other technologies like edge computing, artificial intelligence and mixed reality. Whether or not the 5G conspiracies will die down as the pandemic wanes and 5G becomes ubiquitous is something we’ll have to wait and see about. The likeliest outcome is that the movement will fade back into the rich tapestry of modern conspiracy theories as something even more outlandish and unsettling takes its place.