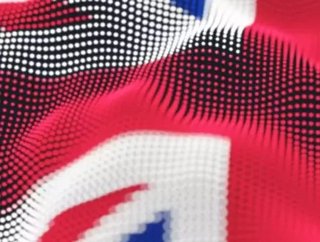 2021 looks like it’s going to be a pivotal year for the UK. After almost half a decade of controversy, bureaucracy, two elections and a referendum, Brexit finally happened.

The UK’s separation from the European Union is already adding customs delays, new restrictions on travel and myriad economic and regulatory complications to an economic landscape already hit hard by 12 months spent in the grip of a pandemic. It’s a nightmare.

As the UK works to chart a new course towards economic stability from the confines of their hastily converted spare bedrooms, the country’s ICT sector has seen its role in the country’s continued operation expand dramatically over the last year - a trend that is only set to gather momentum as we enter 2021.

As the 5G rollout continues across the UK, ICT companies and telecom operators need to be ready to embrace what could be one of Britain’s best hopes for a healthy economy in a post-pandemic, post-Brexit reality.

“5G is hugely important to the UK from an economic perspective,” - Björn Odenhammar, Ericsson.

Björn lives in Reading, and is one of the principal figures involved in Ericsson’s pre-sales activities across the UK and Ireland. In short, he’s working very hard to find ways to inject 5G into the market’s economy. “It will be one of the main pillars for rebuilding the country's economy post-pandemic and post-Brexit,” he explains to me - remarkably chipper at 8 am, considering the effect that lockdown has had on what I now think constitutes an early start. “There's huge potential for economic benefits to the UK from 5G, in the realm of £15bn over the next few years.”

That figure comes from a report Ericsson and Qualcomm commissioned from independent research firm Analysys Mason. Analysys Mason found, while the UK’s 5G rollout is only rated “average” compared with some of the other early adopters like South Korea, China and the US, the country’s agriculture, manufacturing and construction sectors have the potential to see huge economic benefits from 5G adoption.

“One of the key opportunities that 5G provides for digital transformation is in the context of Industry 4.0, which is where we're seeing a lot of the early drivers of the transformation take place,” says Odenhammar. “A lot of the most exciting exploration and innovation is happening around that area.”

The past year has also pushed connectivity to the forefront in the UK, with the COVID-19 pandemic driving huge swathes of the country’s workforce into a remote capacity. “End users are also becoming totally digitalised as a result of COVID-19,” Odenhammar reflects. “Connectivity is our lifeline and that digitalisation of our entire society has been fast-passed by the pandemic.”

The transition of ICT infrastructure and services from an important commodity to an essential utility akin to water and electricity. A recent article in the Guardian even pointed out that around 20% of people under 30 thought working wifi was more important than a functional toilet. Across the UK, connectivity has become essential, but there are still large numbers of people who struggle with poor or even no access to the web. 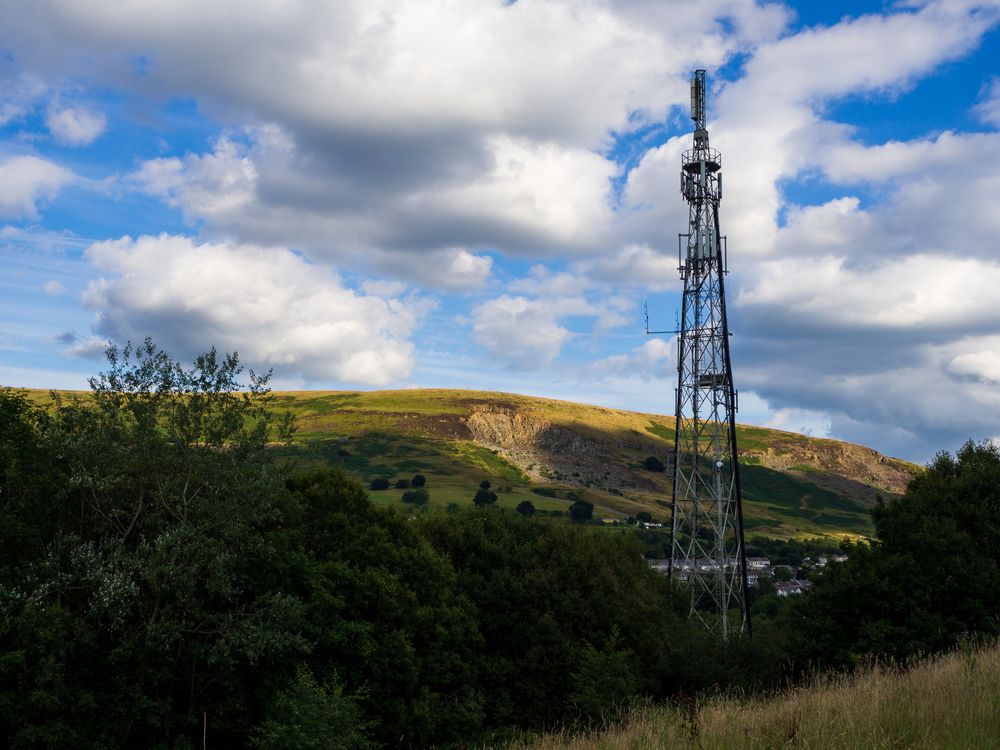 “There are more than 600,000 households right now in the UK that have sub-optimal connectivity,” says Odenhammar. “5G also has a big role to play in terms of expanding connectivity to underserved areas.” While most of the conversation about 5G broadband’s potential has centred on delivering last-mile connectivity to more rural areas, Odenhammar adds that there are “plenty of urban spots where streets and communities for some reason missed out on fibre and now are in danger of being left behind.”

5G broadband has the potential to overcome some of those last-mile hurdles. “If you want to deploy fibre or some other type of fixed infrastructure, the time it takes to dig that last mile is much longer than the time it takes to put up one more radio in the mobile mast that already services that area, and use it to augment the capacity,” says Odenhammar, adding that, “It's a much faster process that delivers the same performance from an end-user perspective.”

I asked Björn about some of the progress being made to combat some of 5G’s teething problems. In late 2019 and throughout last year, operators - particularly in China where the 5G rollout happened early and blindingly fast - struggled with connectivity.

5G can be broken down into three types, based on the area of the spectrum it occupies. Low band 5G is a little faster than 4G, and can cover a wide area. Mid-band 5G occupies the frequencies around 3.8GHz on the radio spectrum, and is significantly faster than 4G, but also has a much narrower footprint. And high band 5G (also known as mmWave) occupies the very top end of the spectrum. It’s insanely fast, transmitting data as much as 10 times quicker than 4G, but its footprint is so narrow and the waves are so close together that the technology has been experiencing issues passing through walls or delivering service more than a few hundred metres away.

“I think we tend to forget just how fast 5G has been introduced,” says Odenhammar. “The standards for the technology were set as recently as late 2018 and we're already rolling it out on a massive scale.” Ericsson alone has 65 live networks across the globe, and the company is making serious progress towards combining the three types of 5G into a cohesive whole.

“In order to unlock everything 5G can potentially deliver, you're going to need to complete that buildout across all three tiers of the spectrum cake.” - Björn Odenhammar, Ericsson. 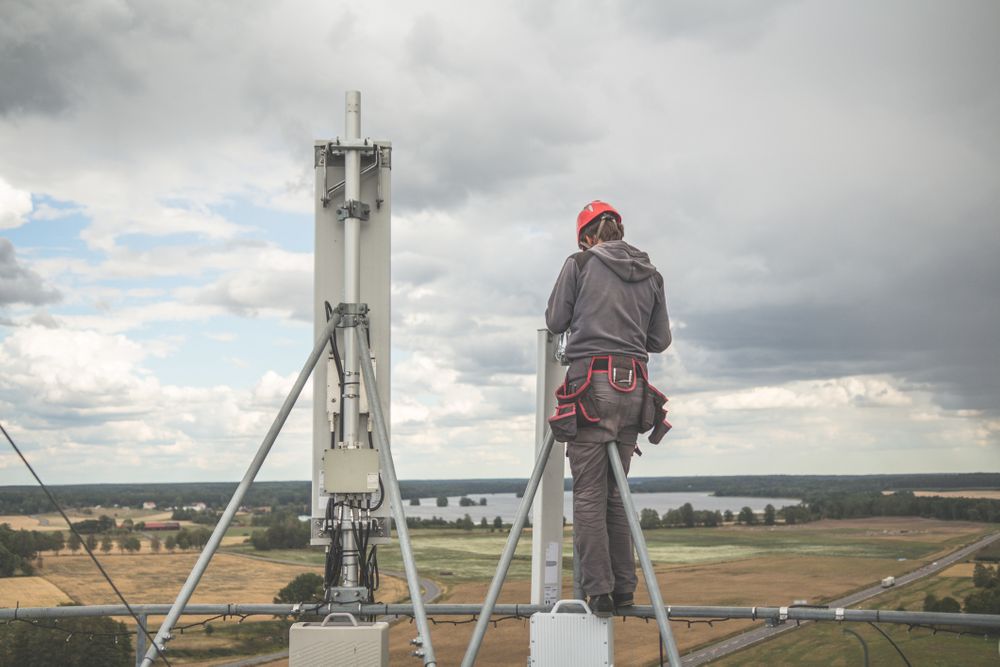 Odenhammar reiterates that the first place 5G will be truly present - and the first and foremost area where the technology can truly benefit the UK economy - is in the industrial sphere. Ericsson, in addition to working with all four of the UK’s major telecom operators - following Huawei’s unceremonious ejection from the country last year - is also working on a number of collaborations with major players in the UK industrial sector.

“We’re working with Bosch and BT, and have another project with Vodafone and Ford, both aimed at bringing 5G into smart factories,” says Odenhammer. He adds that the secret to delivering the technology into these spaces is not to think like a telecommunications and technology sales rep, but rather a fixer with his eye on the factory floor.

“When you sit with a factory manager, they don't know anything about 5G. They know how to run an effective factory and get the right yields for - in Ford's case - batteries for electric vehicles,” he elaborates. “They care about efficiency and cost; they think in those terms.”

Odenhammer notes that sitting down with factory managers, talking through existing pain points, and then proposing ways to integrate 5G into their operations is the key. “If you go in with a technology-first approach, it's easy to say '5G is great. It's going to give you reduced latency here and here and extra gigabytes on that', which doesn't mean anything for a factory manager working for an enterprise customer. They need to know how 5G will help them run an effective warehouse or factory.”

Reflecting on the current state of 5G in the UK, Odenhammar seems fairly positive. He notes that the UK was one of the first countries in Europe to make the 3.5GHz spectrum available, that all four of the country's operators have launched 5G, and highlights the fact that the UK government is sponsoring a lot of initiatives like Digital Catapult and Connected Britain that are aimed at spurring on the rollout.

However, he stresses the importance of moving ahead as soon as possible with the auction of more of the country’s 5G spectrum, emphasising that, “It's hugely important that the next auction goes ahead in order to enable the operators to expand. Each of them now has about 40-50MHz available today. In order to provide the capacity and speeds that 5G has the potential to deliver, they need that additional spectrum.”

“I think the UK is in a good position, but things need to speed up if the country wants to really utilise the benefits that 5G can bring to the economy. It's one of the keys to building a better Britain, and we should take that opportunity.”