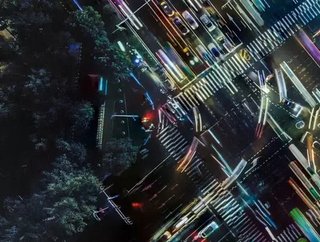 A new report by Omdia and Nokia suggests Latin America GDP could benefit massively through its facilitation of a 5G digital transformation...

According to an in-depth study, entitled ‘Why 5G in Latin America’ by Omdia and Nokia, the next generation of communications technology could boost the region’s economic growth by as much as $3.3trn by 2035.

An assessment of Latin America’s macro-economic performance over the past decade has formed a strong case in favour of a digital transformation and ultra-broadband, facilitated by 5G. The report points to the impact digitisation has on enterprise and consumers, citing Brazil as an example. The country’s economy is forecast to gain more than $1.2trn as a direct result of 5G adoption. The information, communications and technology sector will benefit the most with a predicted $241bn of economic impact.

However, Latin America’s choice of contractor has come under international scrutiny.

Currently, Mexico and Argentina are on track to initiate their first 5G networks by the end of 2020 in partnership with Huawei. The work continues despite a fraught relationship between the US and Huawei, largely encouraged by the Trump Administration, which has been vocally opposed to Chinese equipment being used in 5G networks outside of China itself.

During President Bolsonaro’s visit to the US in May of this year, President Trump advised Brazil to use Scandinavian 5G suppliers Ericsson and Nokia for their 5G networks, adding that Brazil was needed as an ally in reducing China’s influence over Latin America.

However, speaking to the Brazilian media in 2019, Huawei chief executive Ren Zhengfei argued that North America was not taking the financial benefits of 5G to Latin America seriously enough. He said; “The United States treats Latin America as its backyard… our goal is to help Latin America get out of this trap and maintain the sovereignty of each country.”

Despite the rocky political landscape, upgrading from 4G to 5G is, argues the report, an essential step forward for developing countries. It points out that 4G currently only reaches 50% of mobile connections, and that policy makers must ‘encourage and facilitate’ private companies to invest in 5G.

Commenting on the subject, Principal Consultant for Omdia Latin America, Wally Swain, said: “Latin American countries must diversify their sources of income and jobs into higher value-added activities. Activities including mining and manufacturing must become more productive and 5G will play an important role on this”.

Osvaldo Di Campli, Head of Latin America for Nokia, added: “5G is much more than access. With 5G, the security of telecommunications networks will be even more crucial since we’ll have millions of sensors connected per square kilometers. When we develop equipment in Nokia, we are addressing network security right on the architecture. We deploy a process we call Design for Security, which means safety and trustworthiness are integral to our products rather than patched on top".