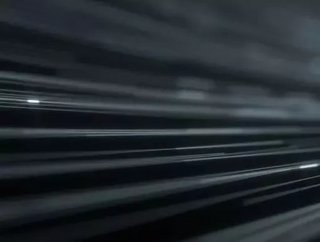 Nokia has confirmed that 5G technology can provide a 90% reduction in environmental impact in comparison to 4G and 3G networks.

The Finnish telecommunications company collaborated with Spanish mobile operator, Telefónica, to research the global energy consumption of 5G networks. The joint study confirmed 5G is up to 90% more energy efficient per traffic unit than legacy networks.

Both Nokia and Telefónica are committed to limiting global warming to 1.5 Celsius. In 2019, Nokia delivered zero-emission products to over 150 customers worldwide and will decrease emissions from its operations by 41% by 2030.

The telecoms are also developing smart energy network infrastructure and power-saving features based on machine learning and artificial intelligence, as well as collaborating on projects to build green 5G networks. Nokia even upgraded many of its base stations in 2019, resulting in 46% less energy being used compared to those that were not modernised.

The research study on 5G sustainability was conducted over three months and focused on the power consumption of the Radio Access Network (RAN) in Telefónica’s network. The rollout of 5G networks is set to increase traffic dramatically making it critical that the energy consumed does not rise at the same rate. The findings highlight both companies’ commitment to climate change.

Extensive testing examined eleven different pre-defined traffic load scenarios that measured the energy consumed per Mbps based on the traffic load distribution. The results highlighted that 5G RAN technology is significantly more efficient than legacy technologies when it comes to energy consumption.

5G proved to be a greener technology with more data bits per kilowatt of energy than any previous wireless technology generation. However, 5G networks require further action to enhance energy efficiency and minimise CO2 emissions that will come with exponentially increased data traffic.

There are also several energy-saving features at the radio base station and network levels. These include such as 5G power-saving features, small cell deployments and new 5G architecture and protocols, which can significantly improve the energy efficiency of wireless networks.

Juan Manuel Caro, Director of Operational Transformation at Global CTIO at Telefónica, explained, “We are committed to supporting action on climate change and engender a sustainable culture throughout our entire company.”

Commenting on the results of the study, Tommi Uitto, President of Mobile Networks at Nokia, said, “Our greatest contribution to overcoming the world’s sustainability challenges is through the solutions and technology we develop and provide. We place huge importance on this. Nokia’s technology is designed to be energy efficient during use but also require less energy during manufacture.”

He added, “This important study highlights how mobile operators can offset energy gains during their rollouts helping them to be more environmentally responsible while allowing them to achieve significant cost savings.”